The idea in my mind becomes reality through programing Ruby developer, Yukihiro Matsumoto 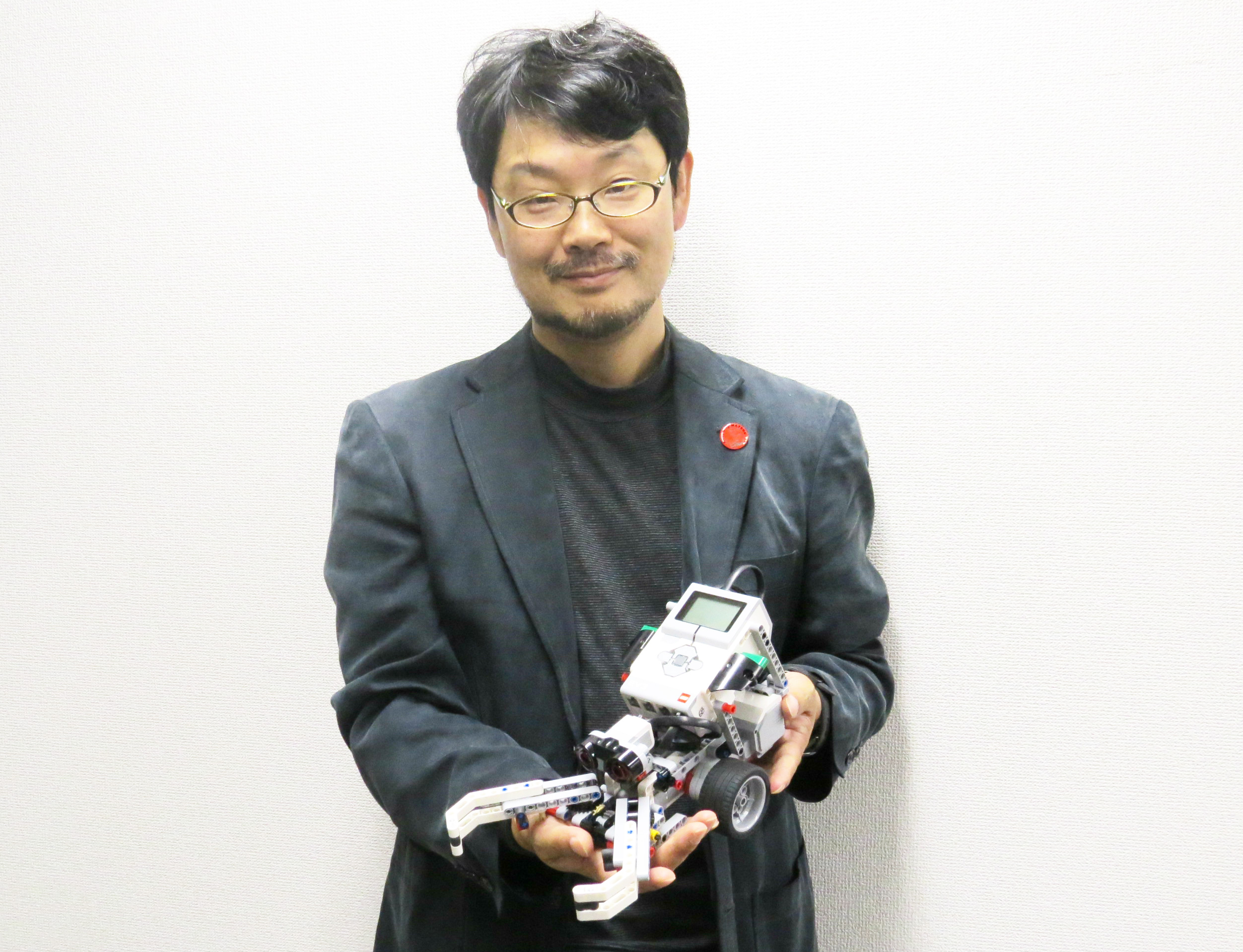 Nowadays computers are used everywhere in our lives. Now we need to think about how important it is to learn programing skills. Yukihiro Matsumoto is best known as a developer of the Ruby programing language and a member of the IT Strategy Headquarters in Prime Minister Abe’s Cabinet.

When Mr.Matsumoto talks about programing, there is always “enjoyment” behind his words. “There are restrictions in using software even with a public interface since software developers make such limits.” In software such as word processing, we have no choice but to use the commands written into the software. “Deal with the task has a lot of meaning and is important for our jobs. It completely makes sense. But I just don’t like other people deciding what I can do. What if you could do programing yourself? Wouldn’t the constraints on your freedom to control your computer fall to almost nothing? You would be able to fully express your imagination through the computer.? That’s the ‘fun’ of programming and the reason why I developed the programing language Ruby. ” 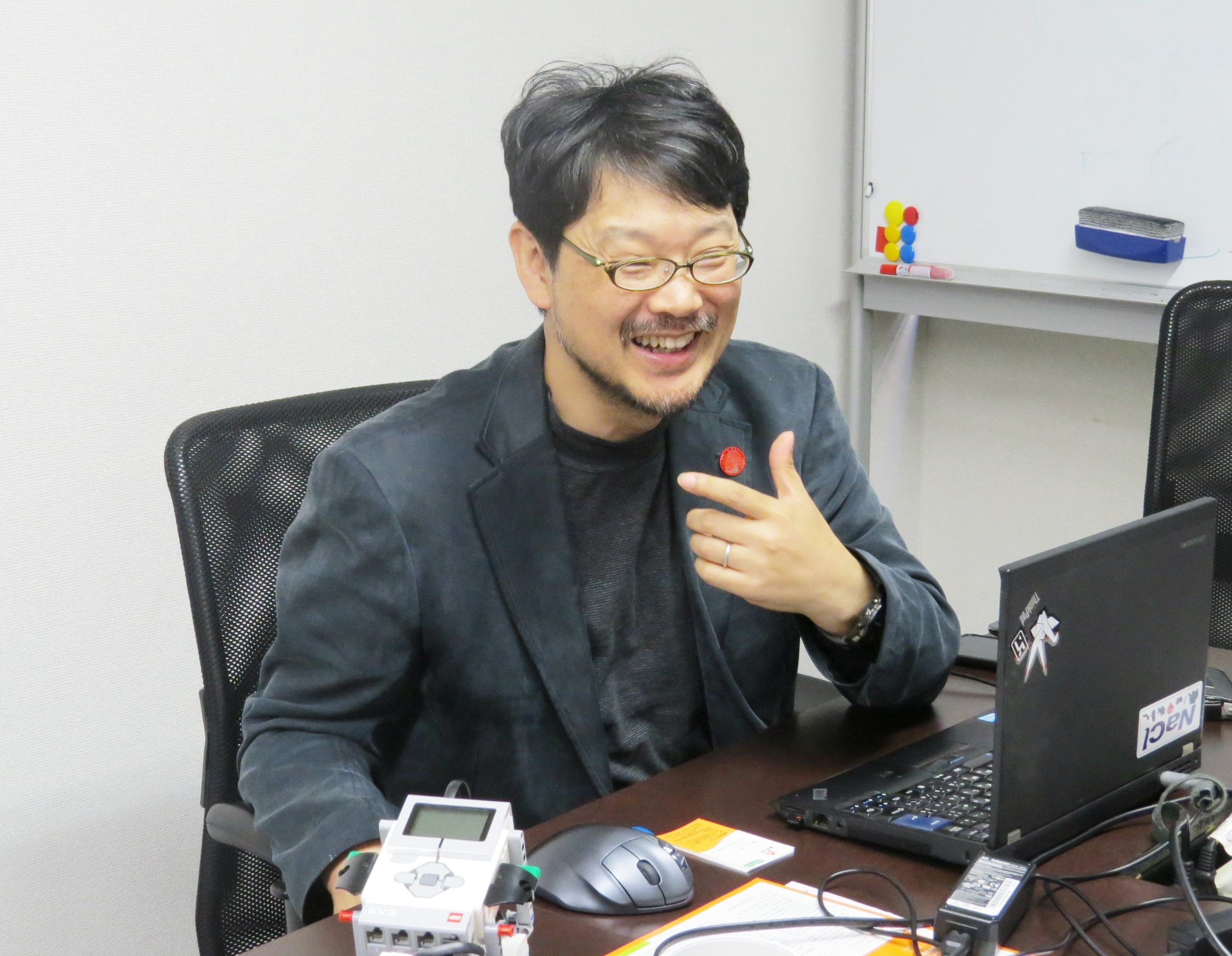 “Even though programing has unlimited potential, we still face a gap between how we want to control a computer and how the computer actually works. If you want to control LEGO Mindstorms to move around in a circle, it’s easier to write a program in natural language like “move around in a circle” instead of writing detailed numerical data. Therefore, I want Ruby to be the best friend of programmers, understanding their thoughts without words. I actually developed Ruby to understand my own thoughts, but somehow it also appeals to many programmers in the world and they have gradually become Ruby fans.”

How important will programming skills be in future society? According to Mr.Matsumoto, software development itself is changing its modality. “Meeting a deadline, staying in a budget and avoiding risk were three important points for the professional work of programmers in the 90’s. However, the era of that kind of software development is almost over. What we have to do now is “Just do it, even if we don’t know what will happen in the future” “Just move even if we don’t know where we are”. It sounds amateurish but there is a lot of software being made in that ‘amateurish’ way. In other words, you can start developing software casually. You need only Ruby, a computer and a cloud system. Then you’re ready to develop software.

“Anyone can join the development who has an idea or who wants to change the world with their idea without learning specialized knowledge or skills. In the near future, developing software will be easier for everyone, even those not familiar with software but at the same time there will be a widening disparity between people translating their ideas into reality and those who do not.”

In Matsue City, Shimane Prefecture, government, university and the information technology community work together in doing industrial promotion with Ruby. So how famous is Ruby in Matsue city?

“Ruby has had a high level of exposure in the media and at events so even elderly people I might meet on the street in Matsue have heard the name of Ruby. I’ve also heard of Matsue companies who sub-contract their web site development out asking the designers “you know how to use Ruby, right?” Or even requesting specifically that the developers or IT experts use it. Matsue city busily works on programing education, and there are many Ruby language classes all over the place. Middle school students will learn Ruby at school from next year. LEGO Mindstorms is used in some of these programing classes as well. 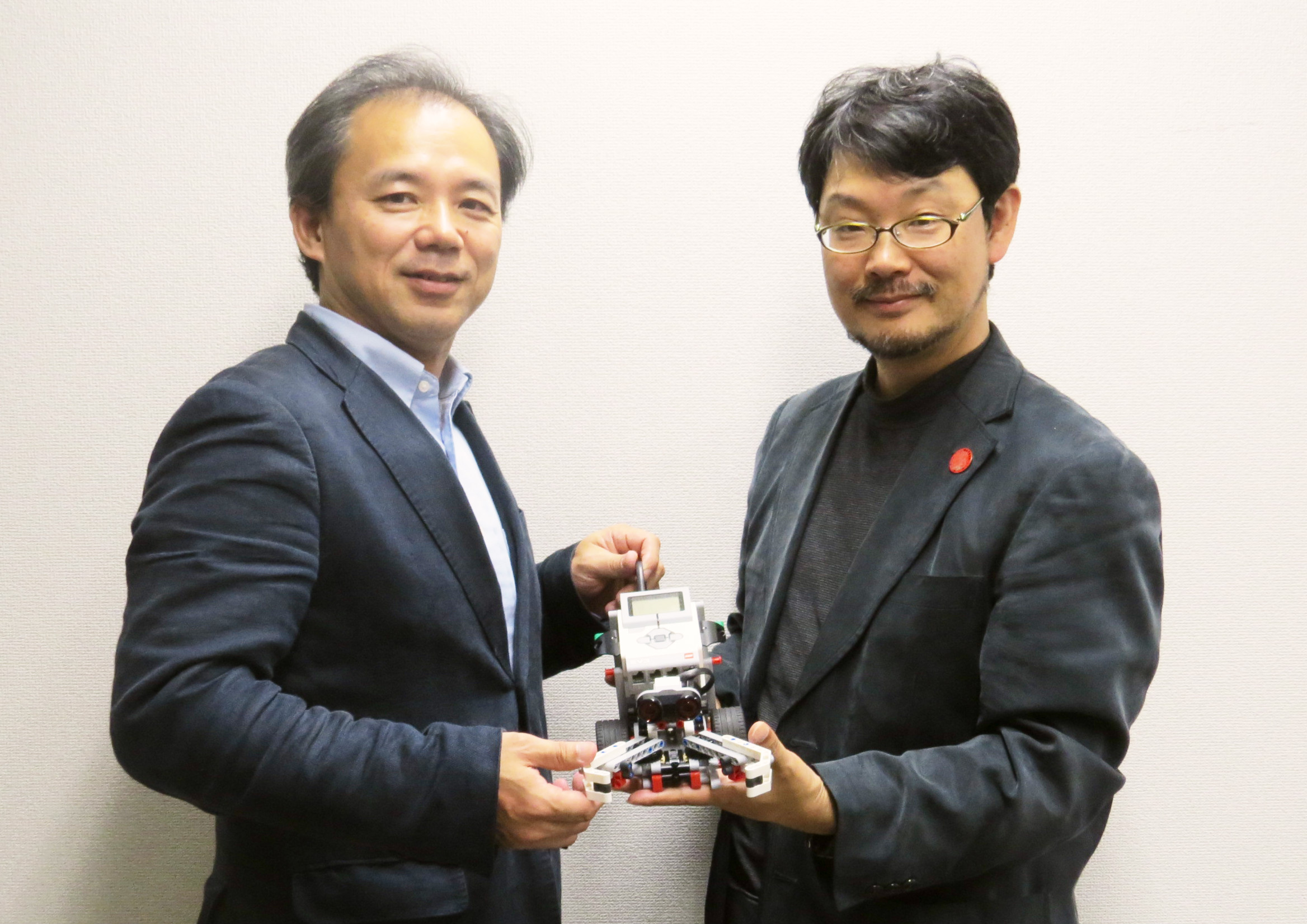 “There are more people than I thought who are interested in physical movement which is controlled by software. LEGO Mindstorms EV3 is amazing. Since the memory capacity has increased, you can absolutely use Ruby with no problems. What if I could control EV3 with Ruby…hmm, I would keep close tabs on my dog. I have a dog in the entrance to my house and he sometimes gets wild. So, I could even set an EV3 alarm that goes off when my dog does something bad and train him to be nice, wouldn’t that be great?” Mr. Matsumoto said with a laugh.